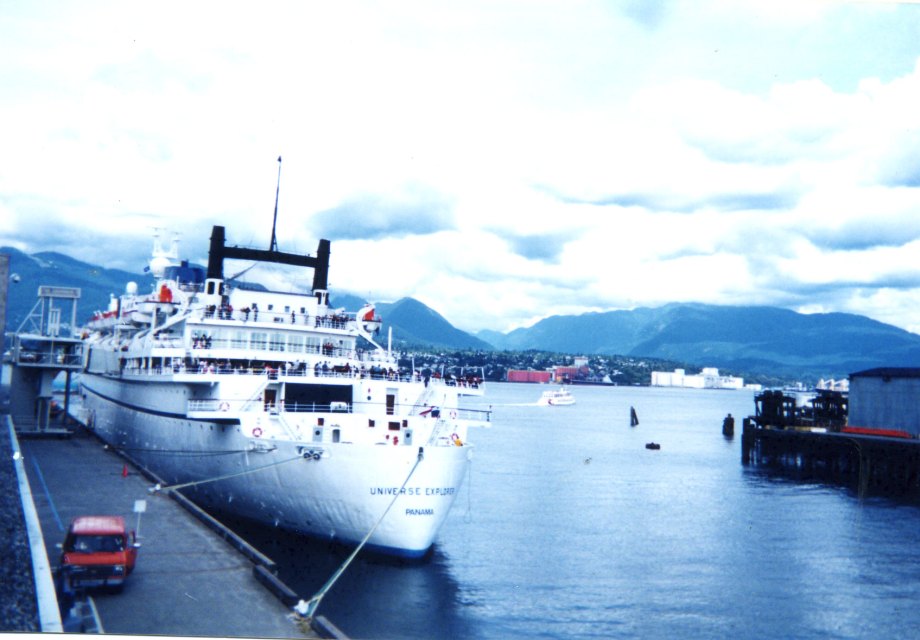 Imagine the adventure of a 3-month journey on the vast open sea. Sailing on a ship faraway from your family and comfort zone, but fulfilling a passion to see what others only dream of. Every couple of days you land in a new port and gain the first hand experience of exploring, discovering and learning about the history, culture and people of faraway lands. Envision hiking up the Great Wall of China, admiring the intricate white marble of the Taj Mahal in India, listening to a 5-hour speech by Cuban President, Fidel Castro, having your first zoo experience in Singapore, cheering on a soccer game in Brazil or meditating in a Zen Buddhist garden in Japan. There I was, a 20-year-old Crucian girl, finishing up my senior year in college in the midst of all these remarkable places and experiences.

With the help of my family and local community, I was able to participate in this unique venture. I traveled and earned college credits through the Institute for Shipboard Education’s study abroad program called Semester at Sea offered by the University of Pittsburgh. This program has been approved by numerous universities across the mainland, and offers both undergraduate and graduate courses, with an enrollment of 640 students per semester. On this voyage, I had four classes taught by noted professors. Each course involved fieldwork in the various countries that corresponded directly to the learning objectives in our classroom setting. 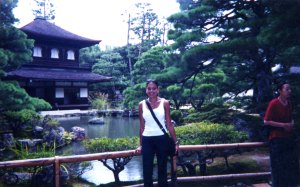 Just as the tragedy of 9-11 shocked the world, I was on the S.S. Universe Explorer from British Columbia on my way to Japan. As a result of this unexpected event, we were diverted from our original ports of call to Malaysia, Turkey, Egypt, Morocco, Croatia and Italy. We instead sailed from Japan to Hong Kong, China, Vietnam, Singapore, India, the Seychelles Islands, South Africa, Brazil and Cuba; circumnavigating the globe.

One of my most emotional experiences on this voyage took place in Japan, our first port of call, while visiting the Hiroshima Peace Memorial Museum. This is where the United States dropped the atomic bomb on August 6, 1945, and instantly destroyed the whole city and most of its inhabitants. Hiroshima was chosen at that time because it was an industrious city, and it held the largest concentration of troops and military personnel in western Japan. It is amazing to see how in a couple of decades, the Japanese undertook the reconstruction from radioactive ashes to a now vibrant, unscathed city.

The Peace Memorial Museum was educational yet disturbing. Exhibits included pieces of charred clothing and photographs of contorted bodies and damaged buildings. Feelings of grief overwhelmed me, and brought tears to my eyes as I watched one of the bombing documentaries and realized the events in New York could spawn another conflict of catastrophic proportions.

During the earlier part of this voyage, I was able to see two of the greatest man-made structures in the world, the Great Wall of China and the Taj Mahal in India. It took me about an hour to hike up the Great Wall, and it seemed surreal to be standing on the only man-made structure visible from space. I learned that many political prisoners in the 5thcentury B.C.E. were put to work on the wall and it was shocking to know that their bodies were also buried in the wall.

The Great Wall of China

The Taj Mahal in India

The visit to the Taj Mahal was a pilgrimage of beauty, romance, history and mystery. The Muslim emperor, Shah-Jahan, built this structure for his beautiful wife, Mumtaz Muhal, and it serves as their burial site as well. The Taj Mahal is constructed with white marble and precious stones, and is intrinsically Persian in design. Once a year, Muslims are permitted to make a pilgrimage to the Taj Mahal to place flowers on the graves of Shah-Jahan and Mumtaz. I was very honored to have witnessed this tradition.

From the arid deserts to towering mountains, the vineyard estates and the calming coast, South Africa was one of my favorite countries in terms of its culture, history, people and landscape. With the visible remnants of apartheid, the atmosphere of struggle was like a mist over this beautiful country. I visited the townships, also known as shantytowns, where the predominantly black population was forced to live during the apartheid system, and where they still live today. These people are living in abject poverty and dying of AIDS. It is sad that they have spent the past decade fighting for freedom, and they are still enslaved by society in different ways. Much of the world is unaware of the real conditions faced daily in these countries.

As we continued our voyage from Cape Town, South Africa to Bahia, Brazil, we sailed the route of the slave trade also known as the Middle Passage. I never thought that I would be able to experience this. At the same time, I was reading the book, The Middle Passage by Charles Johnson, and it was just amazing to be there and read about it at the same time. While in Bahia, which was the headquarters of the slave trade in South America, I found out that 40% of the slaves went to Bahia, while 6% of them went to North America, and the remainder was sent to the Caribbean and other parts of the New World. It was interesting to discover that Brazil has the largest African population outside of Africa. I absolutely fell in love with their vibrant culture and enjoyed numerous festivals in the streets, where the people were celebrating their African heritage, specifically with dance and drums. 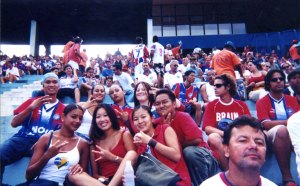 The last country on our itinerary was the most enlightening. So close to home, yet separated by extreme ideals, Cuba left an indelible mark. The capital city of Havana definitely welcomed Semester at Sea’s faculty and students with open arms. We were invited guests at the University of Havana’s student’s peace forum. In addition, the Cuban Grammy award jazz pianist, Chucho Valdés, hosted a free peace concert for both Semester at Sea and the University of Havana students. Most importantly, I was honored to be a part of a select group given the opportunity to listen to a 5-hour speech by one of the most charismatic world leaders, President Fidel Castro. I was positively captivated by his rhetoric and world-renowned political idealism. My three days spent there were very brief, but Cuba’s people, culture and especially their art, left a lasting impression on me.

Rallying at the University of Havana, Cuba

All in all, I am truly blessed to have had the opportunity to travel abroad with Semester at Sea. Looking back on it all, this experience seems surreal at times, but it’s the vivid memories, the numerous photos, and the people I met, that have kept this experience alive within me. I will advise this, if ever given the opportunity to participate in a study abroad program, I assure you, you will not be disappointed. For further information, check out www.semesteratsea.com or www.goabroad.com.

This experience was truly responsible for inspiring my life-long pursuit of travel and exploration; the ongoing beautiful journey that I am pleased to share with you in this blog!

Click —> the “Follow” tab at the bottom right hand corner of this blog to receive email notifications of NEW blog posts.

7 thoughts on “Semester at Sea: A Journey of a Lifetime”